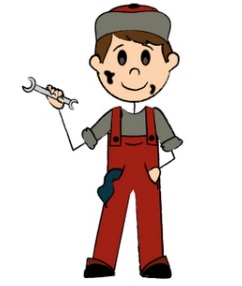 I have worked on more than a few original horseless carriages from pre-1900 to many cars of the early through late teens.

My experience has been that lock washers were mostly NOT used with square nuts originally.  Though I have seen many exceptions.  Square nuts go way back to the days when the blacksmith cut the nut off of a piece of bar stock, then punched a hole in it red hot with a heavy iron sharp punch.  By the 1880s most of them were manufactured, but followed what people were used to.  Lock washers were an expensive luxury.  The square nuts’ dished bottom side had sharpish corners that bit into the metal it was tightened onto.  That hopefully kept it from vibrating off until the rust took over.

Lock washers did not become common until the quantity manufacturing made them cheap and available, about the same time that hex nuts became more common than square.  Hex nuts became used by manufacturers because they were easier and faster to wrench together.

Square nuts did continue to be used well into the ’20s on automobiles (and other things even into the ’60’s).  Mostly where wood was attached to metal.  Only about 40 years ago (1960’s?) I bought out the last remaining supply from a large hardware store.    Additionally, I have several boxes of stuff going back to my great grandfather who, among other things worked as a blacksmith.  There are many pieces from buggies and farm machinery.  Most of it just junk, but untouched in many decades.  There are hardly a dozen lock washers with square bolts and nuts in the stack, but many with the hex nuts.